In 2014 the scout group celebrated its 100th year in the town and had a very successful celebration parade and camp on the outskirts of the town. The group has had many homes in the town over the years but since the 1960’s we have been on the ridings, but as the town has grown and built around us we have lost all our activity area.

Following the success of this event we decided to try and build on the groups success and purchase some land as close as possible to our HQ, but far away from houses as to not cause a nuisance to the neighbours. A field at Hall End became available, we made our bid and in May of 2017 we were able to start using it.

Since then, we have been able once again to re-introduce the Beavers, Cubs and Scouts into the country side where they have been helping to make the field secure by planting hedging, cutting back brambles as well as enjoying scouting activities like fire lighting and cooking, archery, camping, pioneering and orienteering. 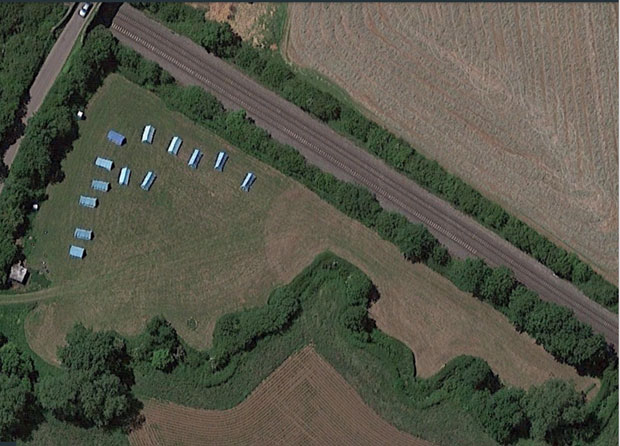 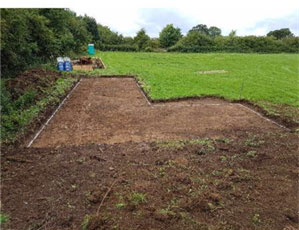 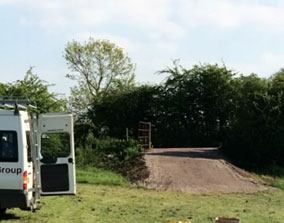 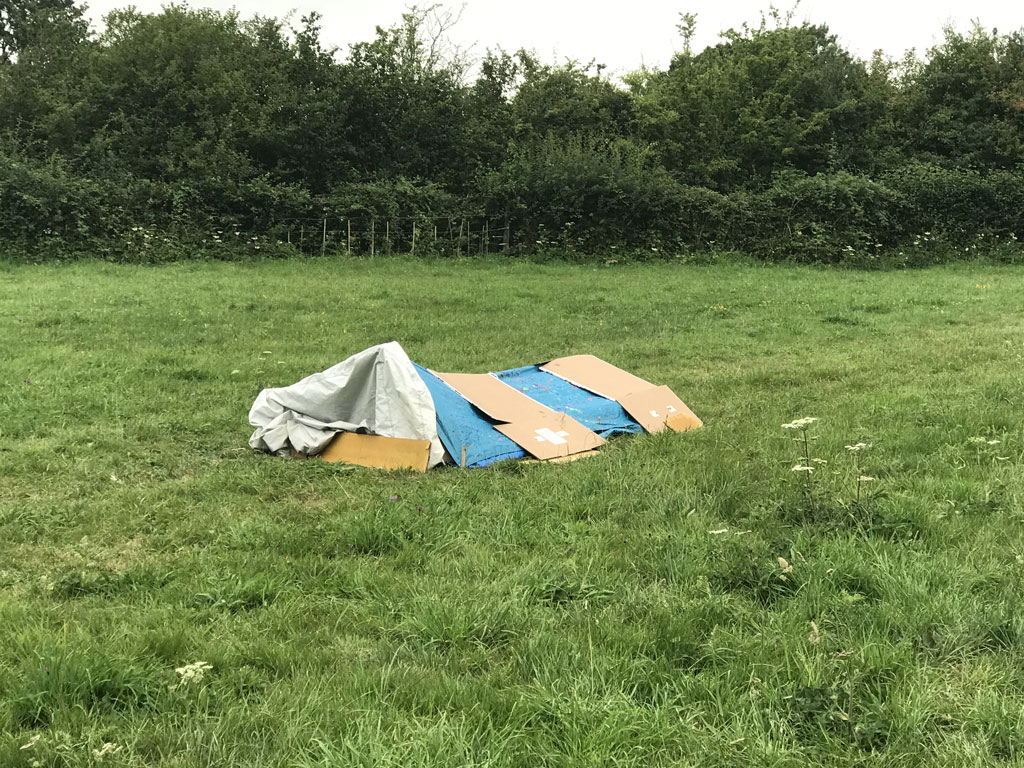 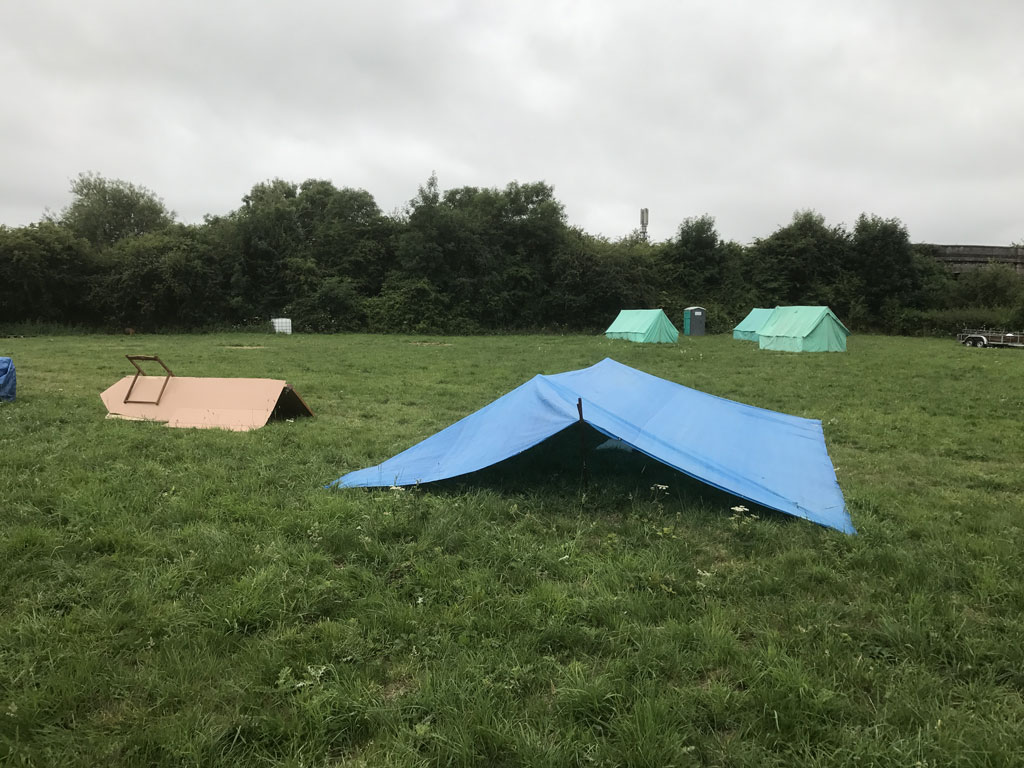 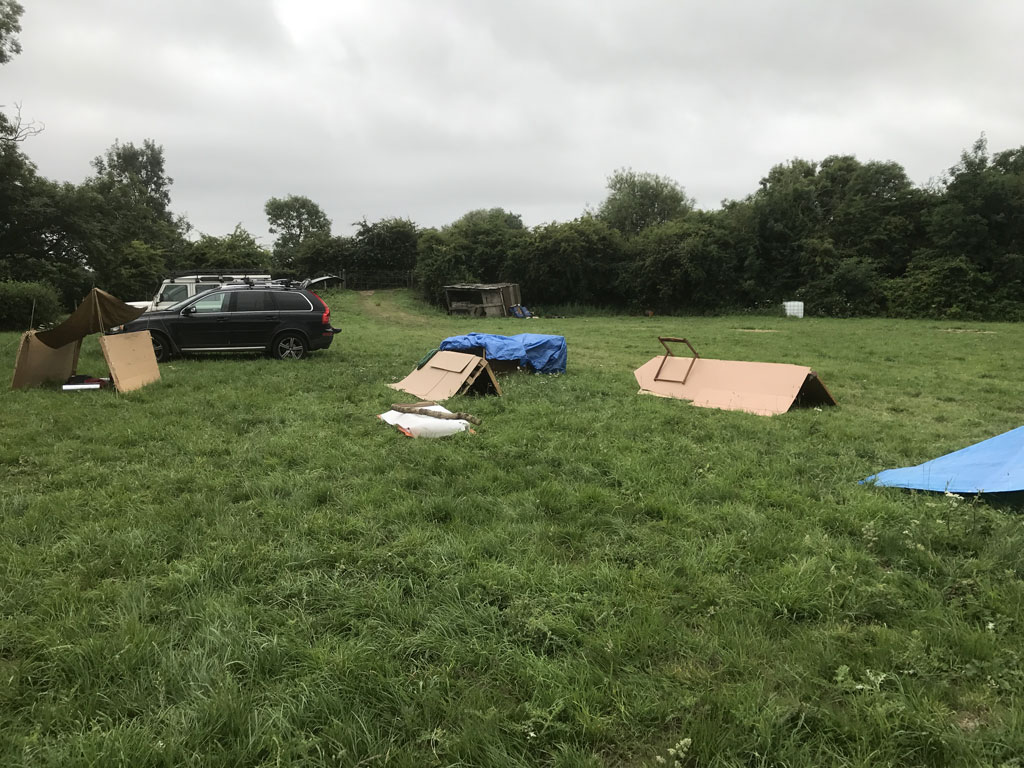 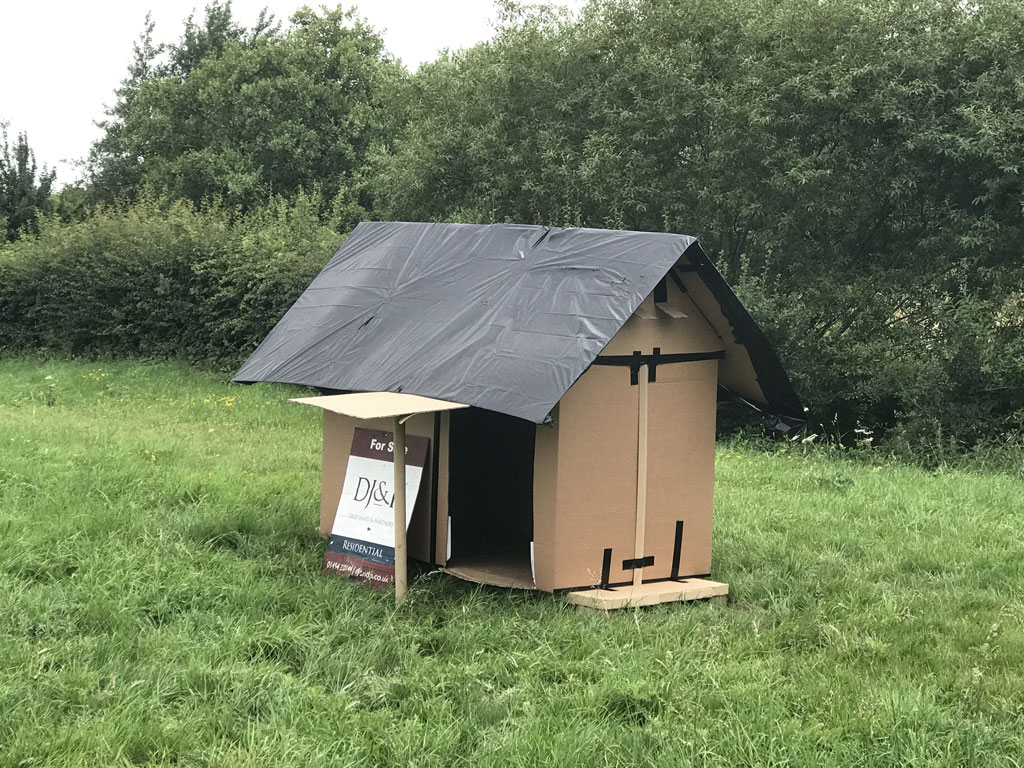 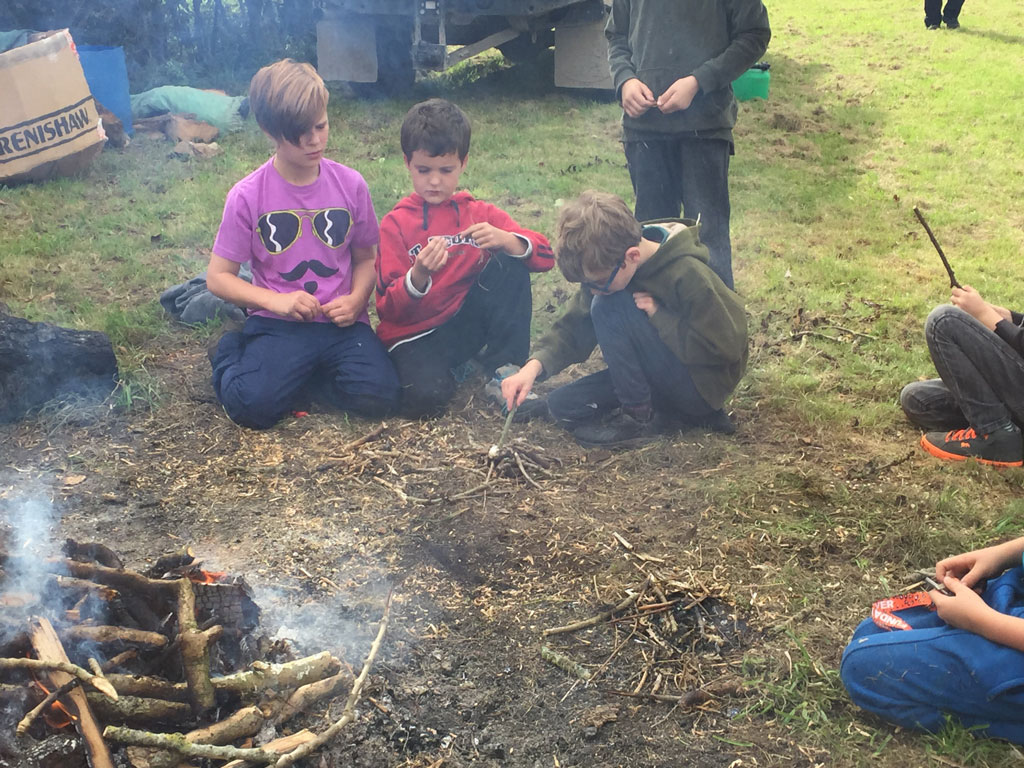 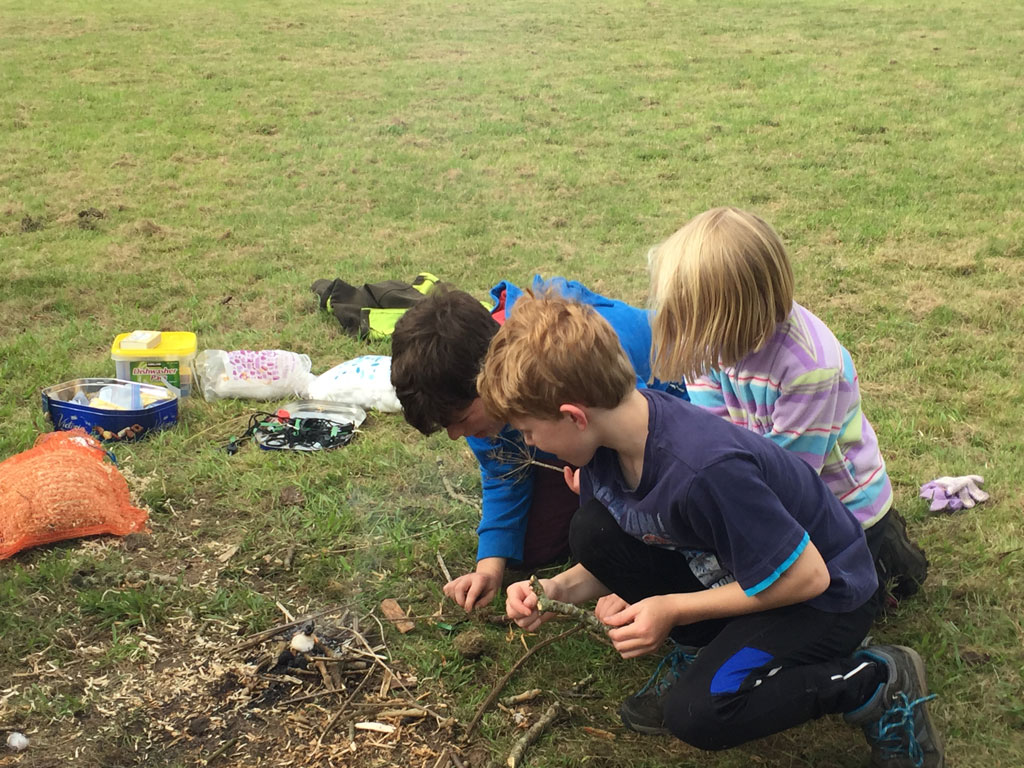 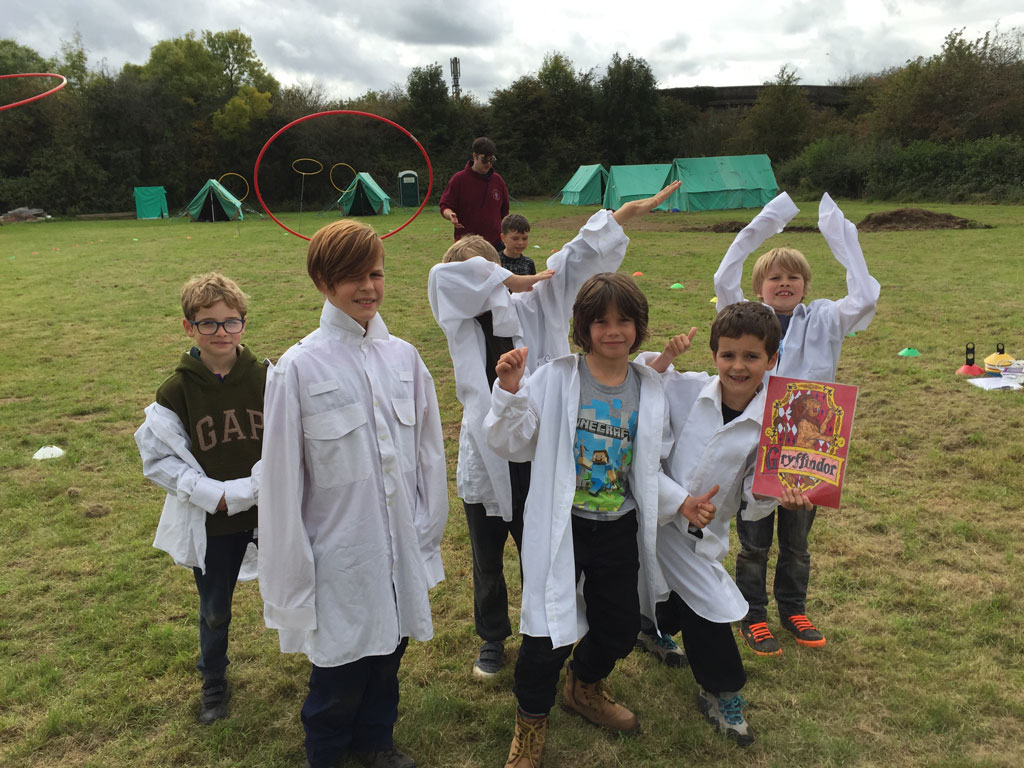 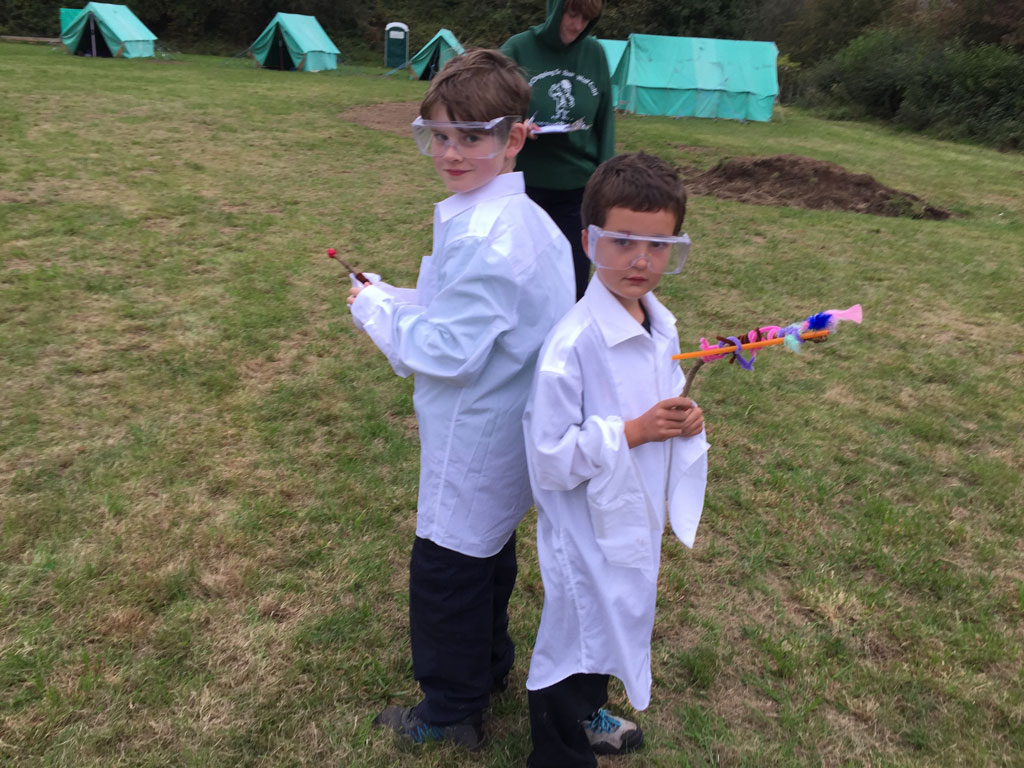 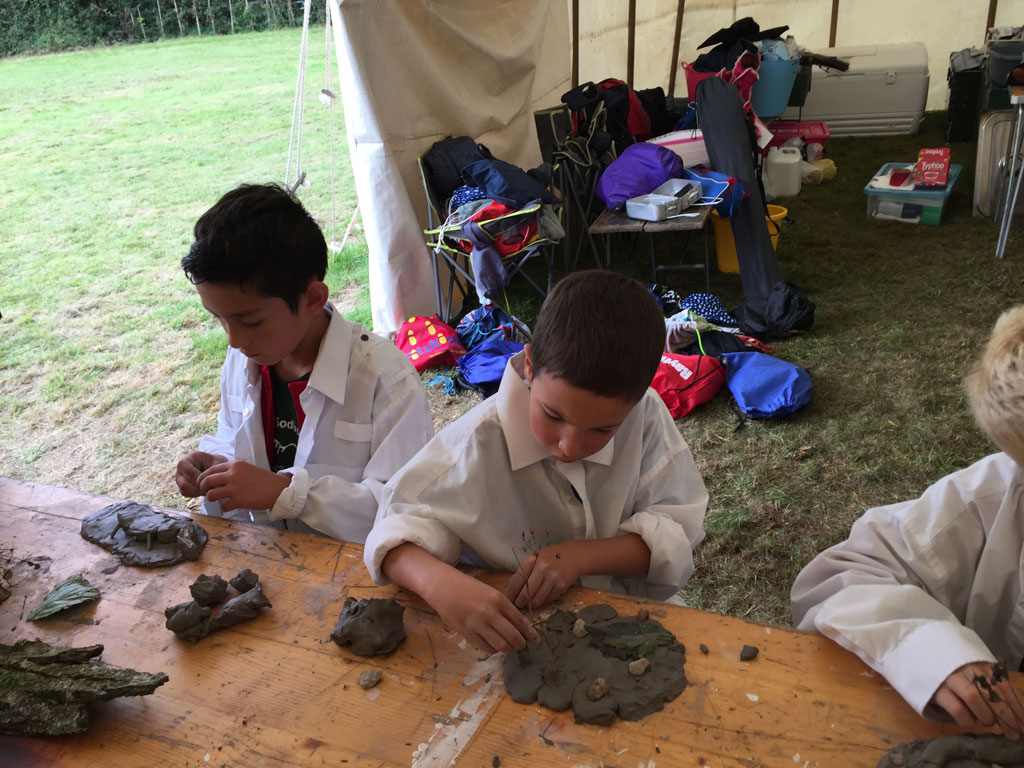 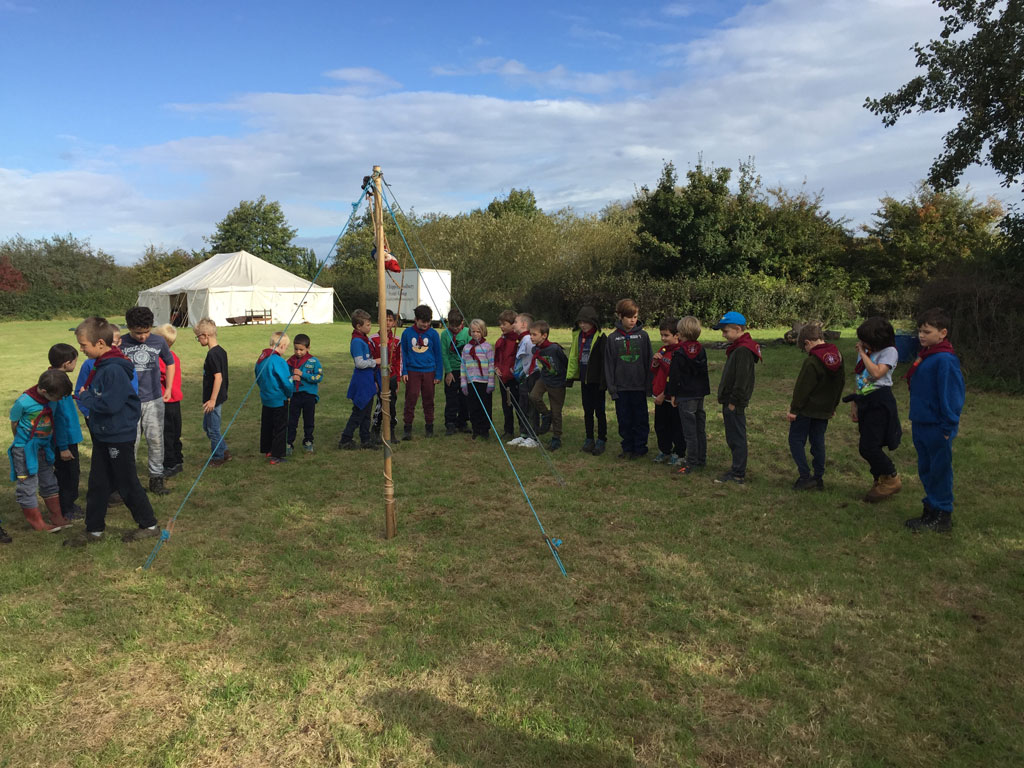 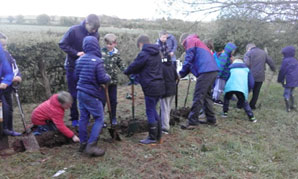 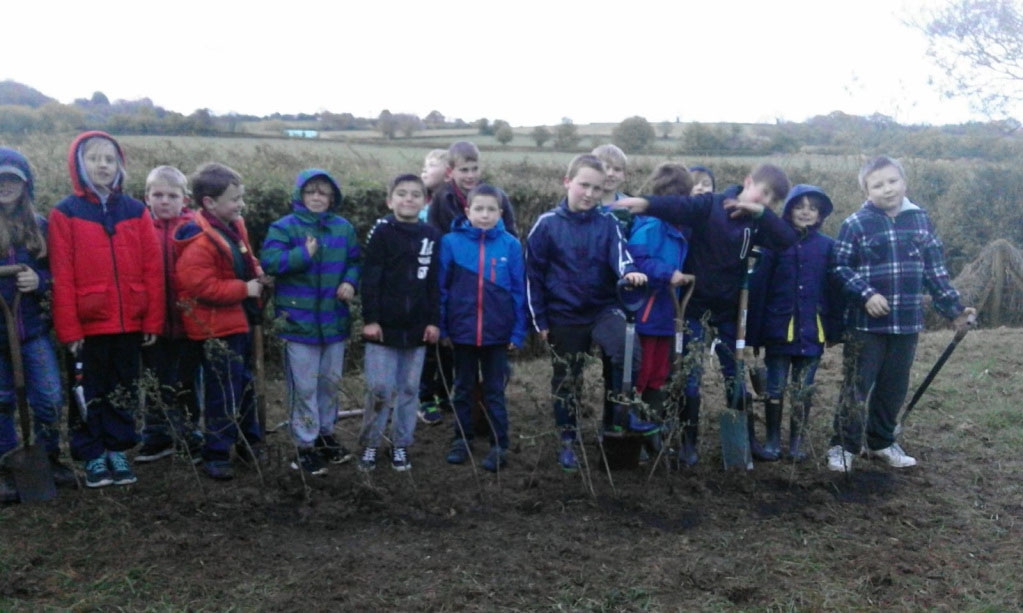 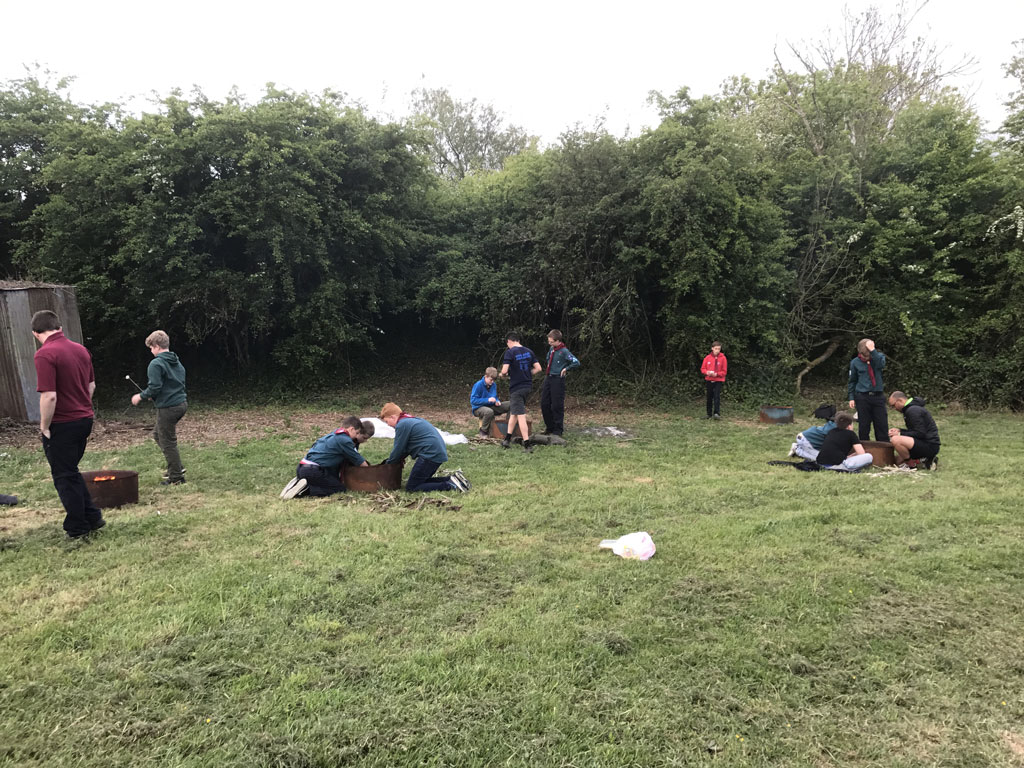 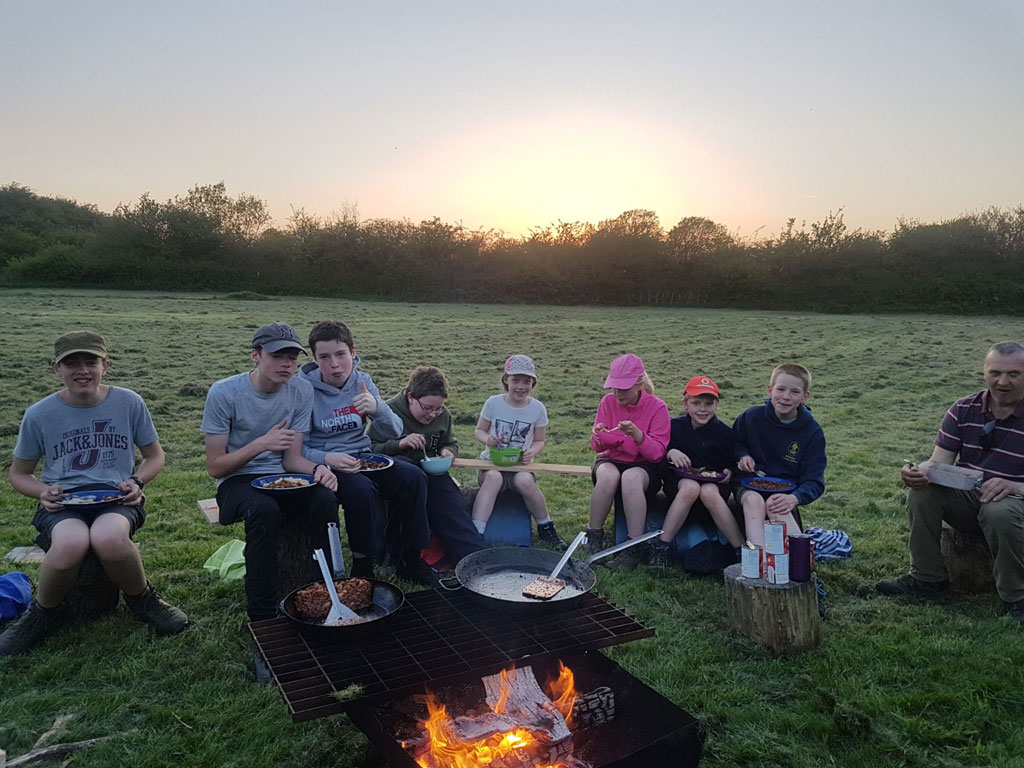 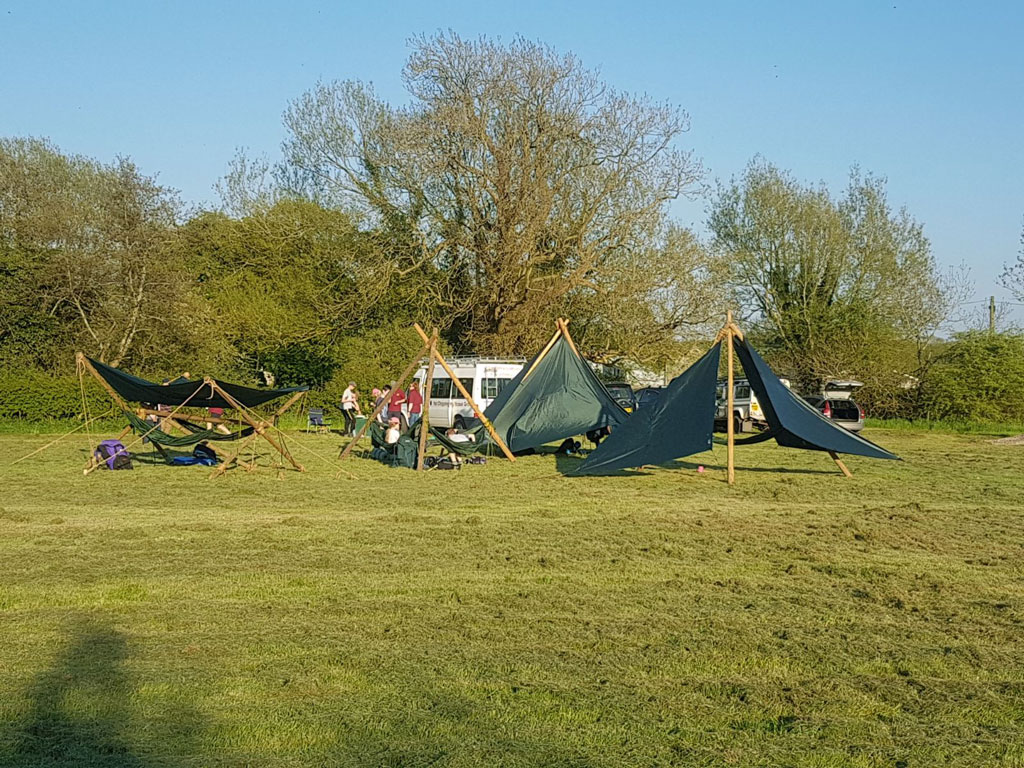 Monday Cubs evening out
An evening of shelter building and archery 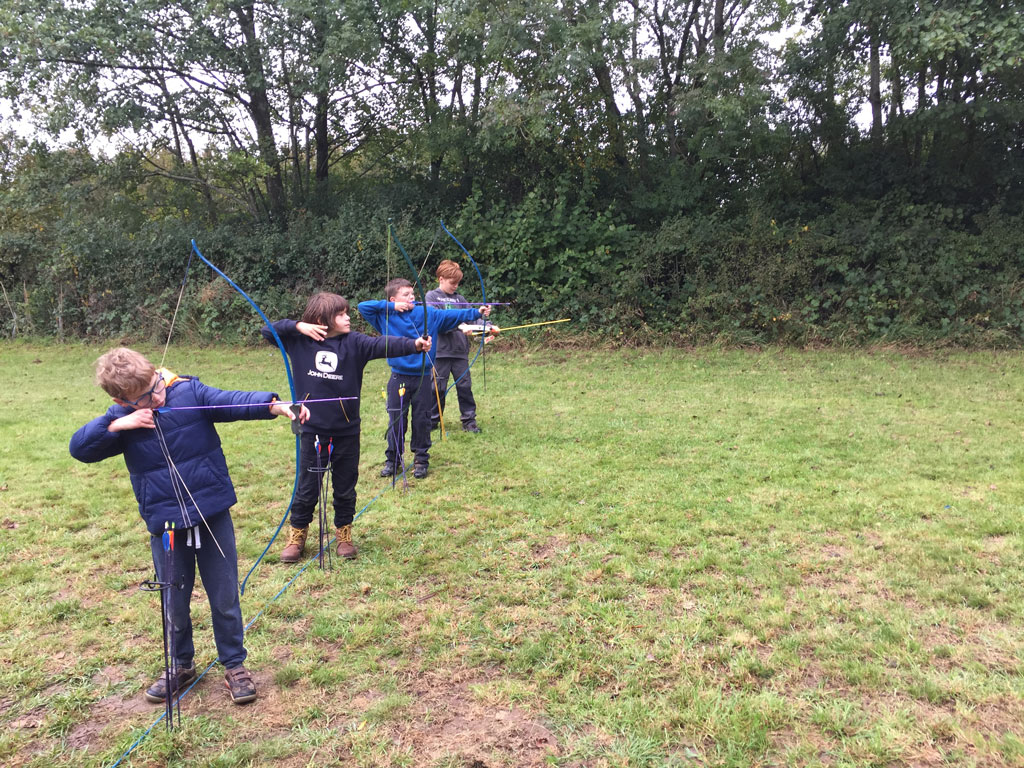 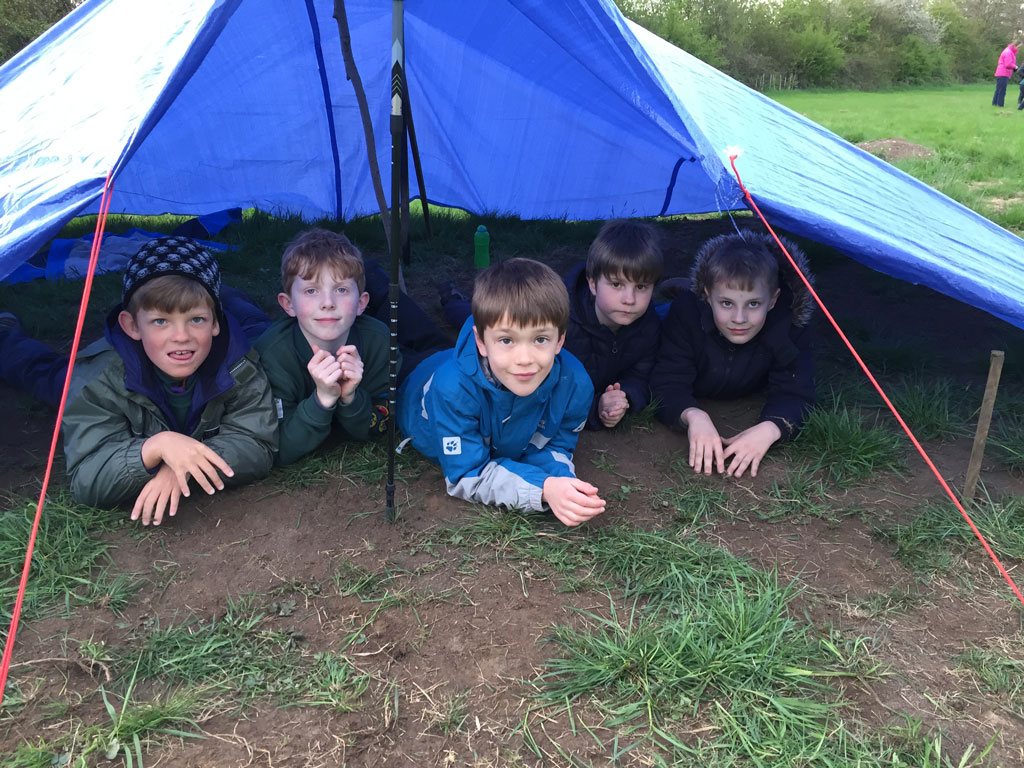 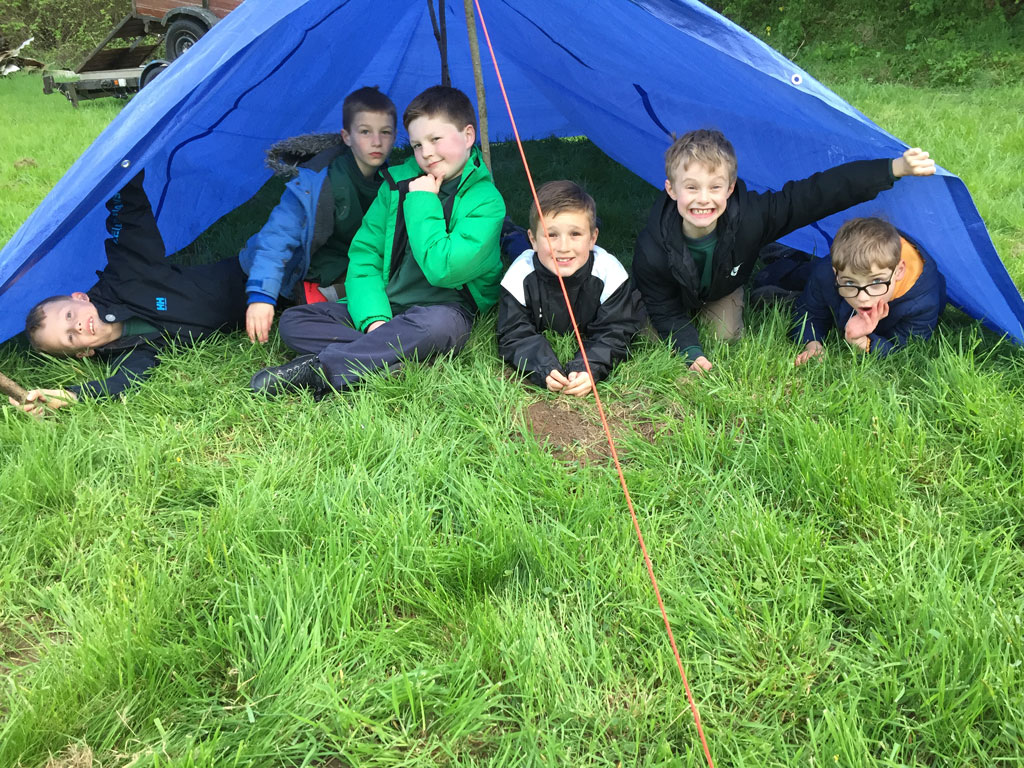